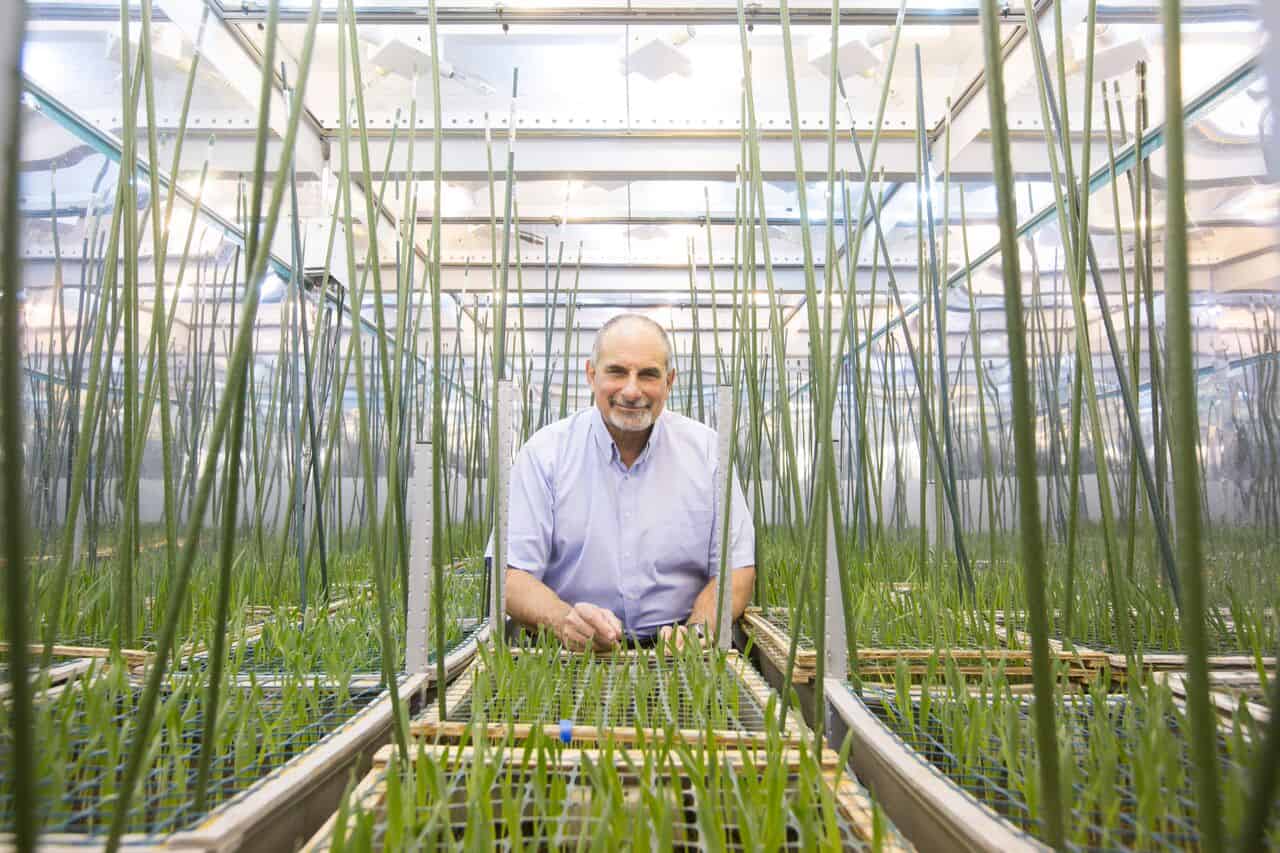 Leon Kochian, Associate Director of the Global Institute of Food Security (GIFS) at the University of Saskatchewan (USask) and Canada Excellence Research Chair in Global Food Security at USask has been named to Clarivate Analytics Highly Cited Researchers List for 2018. The List identifies scientists and social scientists who have demonstrated significant influence through publication of multiple highly cited papers during the last decade.

This is the third time Kochian has made the prestigious list, being recognized in both 2016 and 2017. The List recognizes world-class researchers selected for their exceptional research performance, demonstrated by the production of multiple highly cited papers that rank in the top 1% by citations for field and year in Web of Science. To date, Kochian has 265 publications to his name in the field of plant science that have been cited a total of 33,241 times (Google Scholar). In 2018, approximately 6,000 researchers were named Highly Cited Researchers.

Kochian’s work revolves around research on plant adaption to marginal soils, with a focus on roots, often called the ‘hidden half of the plant.’ He and his team are working to image and analyze root architecture as well as function to better understand how roots grow and interact with their surroundings, which could lead to more tailored design and breeding of root systems for major crops including barley, lentils, and canola. This research could have tremendous benefits for both Saskatchewan producers in terms of yield but could also lead to new breeding technologies that could be used in developing nations.

“Being named to the Highly Cited Researchers List provides important recognition for the significant work that Leon and his team are doing both within GIFS and USask, but also collaboratively with multi-disciplinary researchers from other institutions across Canada and around the world,’ said Steve Visscher, Interim Executive Director and CEO at GIFS. “This research is contributing to the critical role of GIFS in delivering new technologies that could positively impact food security world-wide.”

“The real thrill in being recognized on this List is in knowing your work may be impacting others working in this area and that your work is highly respected,” said Kochian. “Having your work cited suggests you are doing something important; it also leads to other researchers contacting you which can in turn can give you more insight in understanding your field, which enhances your own work as well, which is very gratifying.”

Leon Kochian joined GIFS as Associate Director and lead on the GIFS Root-Soil-Microbial Interactions group in September 2016. He came to GIFS from Cornell University, where he was the Director of the USDA Agricultural Research Services Robert W. Holley Center for Agriculture and Health, and a Professor in the Departments of Plant Biology and Soil and Crop Sciences. As Canada Excellence Research Chair in Food Systems and Security at USask, Kochian is bringing together biologists, computer scientists, bioinformaticians, physicists, engineers and social scientists to address food security challenges by focusing on the plant root system to: improve crop production, quality and safety; promote environmentally sustainable agricultural practices; and address societal and economic barriers that limit impact of new agricultural technologies.

To learn more about the Clarivate Highly Cited Researchers List, and Kochian’s work at GIFS visit www.hcr.clarivate.com and www.gifs.ca