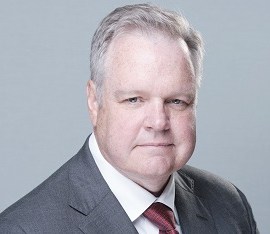 Steven joined the Global Institute for Food Security as the Chief Executive Officer in 2019, following a 23-year career with Corteva Agriscience (formerly Dow AgroSciences) in Indianapolis, Indiana, United States. As Research and Development Director of External Technology at Corteva, Steven led many research collaborations with private sector companies, research institutes and universities around the globe. He also led the successful design and build of the company’s Omega-9 Health Canola business and has developed and deployed Corteva’s external innovation partnership process for driving new products and technologies to accelerate innovation across the seed, crop protection and digital platforms.

Steven joined Dow AgroSciences Canada, Inc. in Saskatoon as a Research Scientist in Field Research and Development in 1996, then accepted the role of Product Development Manager in the Nexera™ canola breeding program in 1997—responsible for the registration of the first Omega-9 canola varieties. Relocating to Indianapolis, Indiana in 2000, he became Project Success Leader for Animal Health and Nutrition, leading efforts to demonstrate the technical feasibility of plant-made vaccines, ARC™ biologics and food safety antibodies. He assumed leadership of the Cell Biology Group in 2007, responsible for the implementation of BIO-ETS. In 2009, he led Advanced Technology Discovery, including the effort to develop and deploy the EXZACT™ Precision Platform Technologies in corn, soybeans, canola and wheat. A few years later in 2013, Steven joined the Research & Development Leadership team and the Seeds Global Business team when he became responsible for External Technology, Intellectual Property Development and Early Stage Commercial Assessment activities for Dow AgroSciences. He was also actively engaged in the regulatory and approval process for the Dow:DuPont merger and subsequent establishment of Corteva Agriscience.

A visionary and strategic research leader, Steven has over two decades of expertise in developing and managing multidisciplinary enterprises and new business opportunities. He is a University of Guelph, Ontario alumnus, earning a PhD in immunochemistry (1998), a Master’s degree in biochemistry (1992) and a Bachelor of Science degree in microbiology (1990) from the institution.