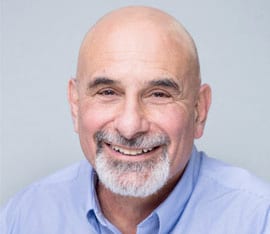 Dr. Leon Kochian joined the University of Saskatchewan in August 2016 as the Associate Director of the Global Institute for Food Security and Canada Excellence Research Chair in Global Food Security. He also is a Professor in the Departments of Plant Science and Soil Science.

Prior to coming to the University of Saskatchewan, he was the Director of the USDA Agricultural Research Service (ARS) Robert W. Holley Center for Agriculture and Health on the Cornell University campus. In addition, Dr. Kochian was Professor of Plant Biology and also Soil and Crop Sciences at Cornell University, as well as an Adjunct Scientist at Boyce Thompson Institute.

Dr. Kochian’s research deals with the molecular biology, physiology, and genetics of mineral ion transport and root biology processes as they relate to mineral nutrient acquisition, plant response to abiotic environmental stresses, and the role of root architecture in nutrient acquisition efficiency. He has published 290 papers in peer-reviewed journals that have been cited 41,862 times and has an H index of 113. He is a Fellow of the American Association for the Advancement of Science (AAAS), as well as an American Society of Plant Biologists Fellow, a member of the ARS Hall of Fame, and a recipient of the Arrell Global Food Innovation Award, which recognizes global excellence in food innovation and community impact

Dr. Kochian was also named as an  ISI Highly Cited Researcher, Plant and Animal Sciences, for the period 2002-2012, and was named to Thomson Reuters list of  “Most Influential Scientific Minds” for 2015, 2017, 2017 and 2018, a citation analysis identifying the scientists who have made the most significant global impact within their respective field of study over the past 11 years.