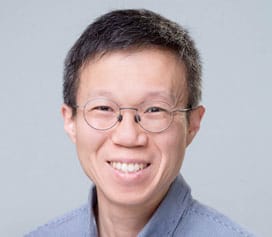 Dr. Byung-Kook (Brian) Ham came to the University of Saskatchewan from University of California-Davis (UC-Davis) in January 2018, as a research chair in the Global Institute for Food Security (GIFS). He is also an Assistant Professor in the Department of Biology.

He received his Bachelor of Science degree in Agriculture from Korea University, South Korea, in 1997, and his Masters and Doctor of Philosophy degrees in Molecular Biology from Korea University in 1999 and 2003, respectively. In 2005, he joined Professor William Lucas’s laboratory in the Department of Plant Biology, UC-Davis, as a postdoctoral fellow. In 2010 he was promoted to Assistant Project Scientist and then was promoted to Associate Project Scientist in 2017 Associate Project Scientist, both in the Department of Plant Biology at UC-Davis.

His research interests involve the transport and function of signaling molecules (RNA, proteins) in the plant vascular system throughout the plant. His work has focused on the molecular pathways of protein and RNA transport through the phloem translocation stream. The phloem is the long distance transport system that moves sugars synthesized via photosynthesis in mature leaves to growing points in the plant, including the shoot, floral and root apices. His research has provided significant insights into the role played by the plant vascular system regarding the long-distance transport of information macromolecules.

As it has been known that the plant root is the primary organ for mineral nutrient uptake form the soil, and root-to-shoot and shoot-to-root signaling play pivotal roles in mineral nutrient uptake and transport throughout the plant, Brian is currently focusing on characterization of vascular system-mediated systemic signaling agents including mRNA and micro-RNA molecules and signaling proteins that function in the molecular regulation of macronutrient (N, Pi, and K) uptake by the roots. He utilizes functional genomics, physiological, molecular biological, and protein chemistry approaches to validate the role(s) that these systemic signals play in the integration of root and shoot growth, under optimal and nutrient-stress (mineral deficiency) conditions.