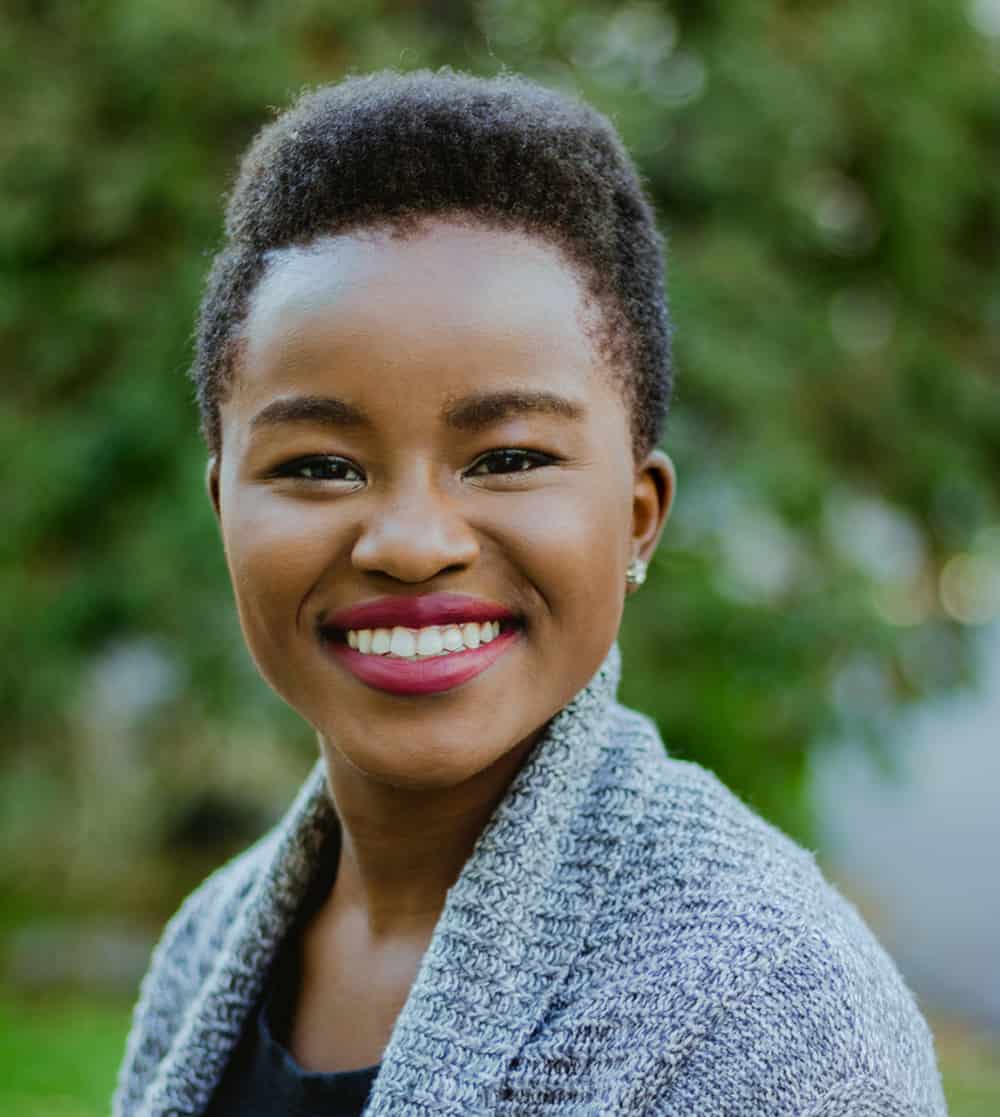 At the Global Institute for Food Security (GIFS), educating the next generation of scientists and researchers is a top priority. And as the Institute works toward its vision of creating ingenious science that delivers sustainable food security for the world, there are many opportunities where that education can occur.

GIFS recently contributed to sponsoring University of Saskatchewan Economics student Dolapo Fadare to attend the Mining & Agribusiness for Nigeria’s Prosperity Annual Economic Summit, October 27 to November 4, 2017. Dolapo had been invited to attend the Summit by the President of the Global Economic Institute for Africa.

After returning from Nigeria, Dolapo provided GIFS with a summary of what she learned at the Summit about the sustainability of Nigeria, including food security in the West African federal republic.

The beginning of my footprints, where do yours begin?

My experience at the economic summit opened my eyes to see Nigeria through a different lens. Often at times, like a number of other African countries, the international image of Nigeria is largely framed by that of Western media. Traditionally, when Nigeria is in the news it is usually related with corruption, disease and illness, or crime related incidences like Boko Haram. For someone that comes from the region, these depictions of my homeland negatively affect the way I see the future of my country and myself.

To elaborate, it is easy for one to feel demoralized about a certain issue when one is only confronted with one-sided narratives. Personally, in interacting with young African Diaspora in Saskatchewan, a number of people are reluctant about finding ways to serve their countries to foster sustainable growth. Although the media is not the only contributing factor, it does paint an image that evokes a continent with a hopeless population that is plagued with numerous issues and incapable of solving those issues by itself.

There’s a second part to every story…

Traveling to Nigeria allowed me to better understand my own country. When I first arrived in Nigeria, I was anxious because I did not know what to expect at all. But the five days I spent there was truly transformative and will continue to impact my life. My short time spent revealed to me the incredible power of a few dedicated people, the significance of agriculture to build a sustainable future for Nigeria, and the vast amount of opportunities available in the country.

In the words of Dr. Fred Olayele, President of the Global Economic Institute for Africa, there are two categories of Africans in the Diaspora. In one category are those who are aware of the barriers to development in the country and believe it is a hopeless case that cannot be solved. On the other hand, there are those who are fully aware of all the challenges, yet make efforts to improve the socio-economic conditions despite all odds.

I was astonished by the number of stakeholders on the ground that were providing concrete solutions to developmental barriers. Individuals like Dr. Olayele, who has created a platform for inter-disciplinary sectors and industries to collaborate between the Africa continent and Canada. And Professor Utomi who is currently working an inter-state industrial park for Nigeria’s agricultural sector. Lastly, Dr. Chidi Oguamnam, an Ottawa-based professor, who is currently working to improve the quality of the educational institutions by improving Nigerian professors’ accessibility to grants for research. These are just a few of the people from the handful of individuals that were driven to use their own skills, experience, and creativity to solve niche problems. Meeting these individuals further ignited my desire to find innovative solutions to foster sustainable economies. It also reinforced the idea that I was not alone in this life-long quest.

A market of 180 Million people

Apart from my interactions, I was also astonished by the plethora of business opportunities that were available across multiple industries. The country has a population of over 180 million people with a median age of 19 exemplifying a young labour force. More particularly, I learned the Nigerian government was strategically diversifying Nigeria’s economy with a focus on the mining and agriculture industries. Coincidentally, these are the same industries that Saskatchewan is strong at. Nigeria alone has 44 different minerals in 500 locations, however the country is not recognized as a world player in the mining industry. Most importantly, these minerals have not been fully explored as a means to develop the economy and improve civilians’ quality of life. However, compared to mining, the underdevelopment of agricultural sector possesses a higher threat to people’s way of life.

66 percent (61 million hectares) of Nigeria’s landmass is arable however only about half of the landmass is cultivated. On the bright side, due to an increase in the population engaging in farming at a subsistence level, agricultural land usage has increased over key crops. However, given that Nigeria is on the trajectory of being one of the fourth largest country in the world, it faces the incredible challenge of industrializing its agricultural sector and feeding its current and future population. Currently in the country, the image of agriculture is looked down upon instead of being viewed as a credible profession with integrity.

This negative image is largely affected by the fact that 60-70% of Nigerian famers are traditional rural farmers who engage in agriculture as a way to survive. In addition, the sector is characterized by the inability to produce crops efficiently which has created a production deficit. Consequently, the country imports the majority of the food consumed especially rice, oil palms, and sorghum despite the fact that it also produces these crops. Even when it comes to agricultural crops that are considered to be the country’s strengths, such as cassava, cocoa beans and palm oil, productions levels are less than the global average. Inefficiencies in production can be attributed to gaps in availability of seedlings, fertilizers, pesticides and farming equipment.

Additionally, the agricultural sector in Nigeria could be stronger by strengthening the weak value chain. Although Nigeria exported over 200,000 tonnes of cocoa beans in 2013, it only generated USD 144 million from exporting cocoa beans. In comparison, the Netherlands, a non-cocoa producer, generated USD 4.2 billion in 2016 from exporting cocoa derivatives. Prominent challenges in the value chain ranges from accessibility to financing to marketing and trade barriers. More specifically, the challenges comprise of, but are not limited to, poor irrigation, limited warehousing facilities, frequent pest and disease attack, and high cost of processing equipment.

Turning Barriers to Opportunities; where does Saskatchewan fit in?

Although all of these difficulties could be simply viewed as barriers to food security, they can also be viewed as opportunities. As mentioned earlier, Saskatchewan is known for its world renowned agricultural industry. From my experience in living in Nigeria and Canada, there are a number of ways both Saskatchewan could leverage its strength in this industry to collaborate with local stakeholders for mutually beneficial ventures. I am excited about the future of food security in Nigeria for a number of reasons.

First of all, as a result of attending the economic summit, the Deputy High Commissioner of Canada to Nigeria will be a guest speaker at a Luncheon event organized by the Saskatoon Chamber of Commerce in early March 2018. The Deputy Commissioner will be sharing information on market opportunities in Nigeria with Saskatchewan companies and organizations. Secondly, there have been various actions by state governments to drive more investment into the agricultural sector to drive more socio-economic growth. For instance, the Anambra state government increased its budgetary allocation to its agricultural sector by 500 percent and the Ondo State government created an investment promotion agency with agri-business as its top key areas.

What is your role?

In conclusion, when the political and economic state of African countries are compared to that of Western countries it is easy to point to different reasons to explain glaring differences in the quality of live. However, the discourse usually does not highlight that it took groups of dedicated individuals to build Western countries to its current state. I am strongly optimistic that as long as individuals are working towards a sustainable African continent, eventually the African Rising narrative will be a reality for future generations.

Therefore, I would like to take this opportunity to challenge the African Diaspora whether it is through food security, or with innovative technologies and even through culture and arts — will your footprints be on the path to a stronger, brighter, and sustainable Africa?

Dolapp and her family emigrated from Nigeria to Canada in 2007, and has witnessed the wonderful support of Saskatchewan people first-hand. At the age of 14, she had an aspiration to join a humanitarian trip to Kenya, but could not afford it until, with the support of her parents and her community, she raised over $5,000 and was then able to join the trip. Since then, with the help of her community, she has raised over $21,000 for various humanitarian and educational projects.

During her high school career, Dolapo travelled to China as a delegate on a trade mission, studied at Columbia University, and won a speech and essay competition, which allowed her to travel to the USA. She gives back to her community by volunteering at her church, Food Bank, creating a social justice club at her former high school, co-founding a med-tech non-profit organization, and assisting newcomers to Canada. Her academic and global philanthropic efforts have been recognized by the Terry Fox Foundation and the Saskatchewan Chamber of Commerce .

She currently studies Economics, with a minor in Entrepreneurship at the University of Saskatchewan, and has represented her school at Model UN conferences in Boston, Ottawa, and Montreal. She is an avid volunteer with the African Students Association and she is currently working for Townfolio, a marketplace for business opportunities and to discover city and towns all across Canada.

In her spare time, she loves to work out, listen to podcasts, and dance.