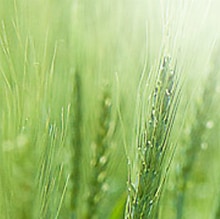 Somewhere around 1025, Cnut the Great, aka King Canute of England (and also Denmark), found himself in a very modern discussion with his sycophantic courtiers. In the face of excessive flattery from his noblemen, Canute decided to teach them a lesson in humility and natural science. He told them that even an anointed king does not have power over Nature. He illustrated this by his famous demonstration on a southern English beach that even the king could not halt the tide from coming in. After his feet and robes were well soaked by the tide he is said to have remarked: “Let all men know how empty and worthless is the power of kings, for there is none worthy of the name”. It was a constructive reminder of the limitations of regal or judicial power.

Fast forward to July 2018 and the European Court of Justice (ECJ) in Luxembourg, where apparently the eminent members of the judiciary seem to have concluded that the wise King Canute was in fact wrong. They seem to believe that a politically-driven, free-trade organization (the EU) can exert its power over a natural process. The natural process in question is mutagenesis; specifically, changes that occur in the DNA of all organisms at all times. Mutagenesis is a natural phenomenon which cannot be stopped by any regal or judiciary power. It occurs all the time due to cosmic rays, sunlight, the environment and is ubiquitous. Humans have long exploited mutations as a source of genetic variation. Cute dogs like pugs and chihuahuas were bred from much more hardy canines that looked like wolves. Wheat and corn came about through mutations in wild grasses, which were selected and propagated by early man seeking to farm rather than forage. Modern tomatoes were derived from members of the deadly nightshade family, which bore small yellow berries, not the larger, luscious red fruit that we now grow. All this was thanks to mutations and the observational skills of early humans.

In a recent landmark ruling, the ECJ declared certain forms of mutation “illegal” unless subjected to an onerous system of regulation designed in 2001 for transgenic (so called “genetically modified”, [GM]) plants. It was never a good designation in 2001 and it was an even sillier law, but the court at the time agreed that mutagenesis was a natural process that should be exempt from these rules.

On July 25, 2018, in a case originally focused on “genome editing”, a precision breeding technique that creates discrete mutations at targeted sites in DNA, the ECJ went way further. Essentially, they said that an intervention that creates a mutation must be treated under the 2001 GM regulations even though the exact same mutations could have occurred naturally. So-called ‘natural’ mutations or genome-edited mutations are indistinguishable and carry no clue as to the process by which the change occurred. Even more peculiar, ‘natural’ mutations hardly ever happen in isolation. Typically, thousands of mutations are harboured invisibly by most organisms. Whereas genome-edited organisms harbour only known and intended changes.

In its essence, this ruling attempts to render a naturally occurring process as a regulated process. It does provide a “grandfather clause” for some previously used mutations, but even that is illogical. Why would you have an arbitrary exclusion on a specific date (July 2018) for a process that has been going on for billions of years?

The EU, like King Canute, cannot turn the tides of natural processes nor the tide of human ingenuity and innovation. Absurdities like this should not persist in judicial and legal systems. It is like creating a map of the world based on the assumption of a flat earth. Such a map would have disastrous consequences for shipping. This ECJ ruling will similarly have disastrous consequences for world food security, trading in agricultural products and agricultural research throughout Europe. The age of enlightenment began in Europe, but apparently it is ending there too.